One year ago this month, we experienced overwhelming joy and optimism in Libya when we spent a week there as election observers. We knew that there would be very hard times to come on the road to a new, freer and more just nation, but over the months, we have watched events unfold with increasing despair as small groups with big and dangerous agendas have done their best to try to derail that hopeful future.

Our Libyan friends here and in Libya express even more frustration and anger, although for us, the worst moment occurred in June when we learned of the senseless death of one of our great Benghazi friends, accidentally caught in gunfire as one of that city’s militias fought with authorities.

Over the past few days, there has been terrible and sad news from  Libya: assassinations of four individuals who had been committed to Libya’s freedom; bombsings, including one that attacked the courthouse in Benghazi (the scene of all those moving freedom rallies in 2011); and more tragic and sad events. (See also this article by the excellent Libyan ex-pat author, Hisham J. Matar)

But those attacks have not destroyed our optimism and hope for the country.

There have been large and moving rallies in Benghazi, Tripoli, and other cities standing up for the principles Libyans fought and died for in 2011. As soon as the Benghazi courthouse was destroyed, the citizens of that great city — the cradle of the 2011 Revolution, and a city deep in our hearts because of the friends we have made there — began to rebuild it. 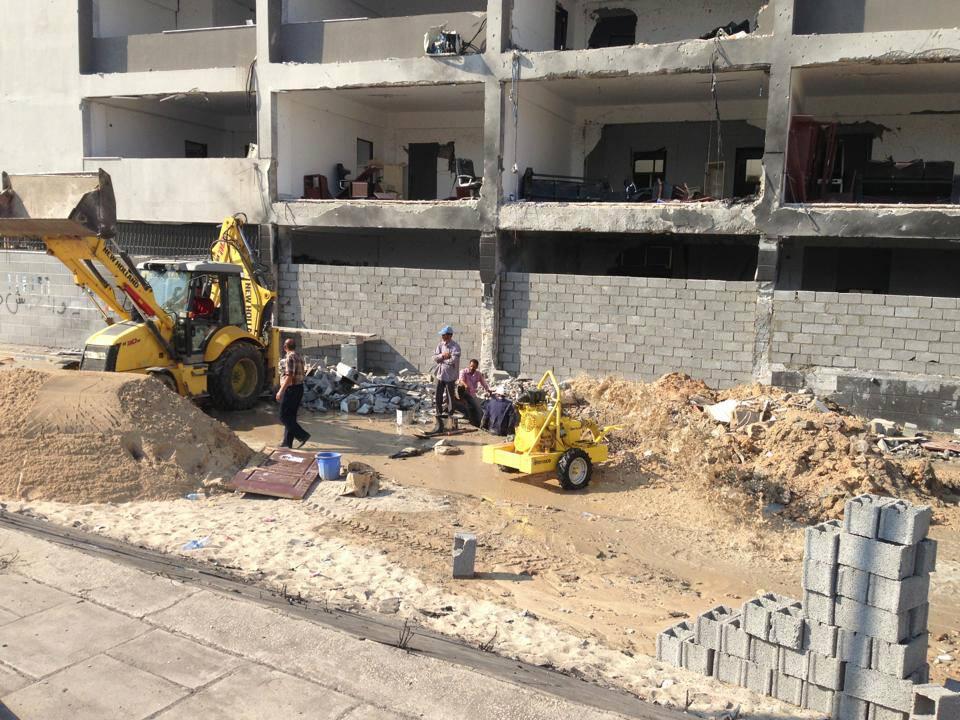 Citizens of Benghazi begin to rebuild the city’s courthouse

The photo at the top of this post, taken in front of our house in 2011 expresses our feeling about Benghazi, and about Libya. (The flag flew at our house throughout the months of the Libyan Revolution).

The video below, “Benghazi will not die” also expresses our feelings and support for that city.  (The video was posted on YouTube by tunafmb)